Are you a salt lover? I wasn’t, but now I am, because I switched the type salt I was using.  It made all the difference in taste as well as in health value!  How much salt should you have every day; what is the difference between regular table salt vs sea salt; and why is one better than the other for you?

Did you know the average American consumes 3,400 mgs (milligrams) of salt every day?  To put this in perspective, the average recommended daily intake of sodium is be 1500-2300 mgs of salt, and people who are on a salt restricted diet should keep that intake at or close to 1500 mgs per day!  Most of the salt is found in restaurant or fast food, in low fat or no fat food (to make up for the taste lost by removing the fat, which it turns out has a lot of flavor…), and in prepared, frozen and canned food such as canned soups and vegetables and frozen dinners.

Regular table salt, also known as iodized salt, is highly processed and contains additives to keep it from clumping.  One of the major additives, which you can probably guess from the name, is iodine.  Decades ago, when people did not get enough iodine in their diets, they were at risk of developing a goiter, which is an enlargement of the thyroid gland.  As a small child, I remember seeing people, mostly woman as I recall, with huge growths in their throats which my mother explained were called “goiters”.  Additionally, a deficiency in iodine is an easily preventable contributor to mental retardation.  Because our bodies can’t synthesize iodine, we have to get it from our food.  They actually started adding it to salt way back in 1924!

Sea salt, on the other hand, does not contain additives and is produced by evaporating sea water.  No hard to pronounce chemicals in that production process!  Wow, that was a short paragraph!  Love it when eating is simple!!

So… why is one form of salt better for you than the other?  Table, or iodized salt, has a bunch of additives beyond the addition of iodine.  In fact, they often add sugar or corn syrup which is necessary to stabilize the iodine and prevent oxidation.  They also add aluminum calcium silicate to keep the salt from clumping.  There are also a number of other additives few of us are able to correctly pronounce, like sodium ferrocyanide, silicon dioxide, sodium aluminosilicate and dicalcium phosphate.  Sounds yummy, doesn’t it?  An added bonus to using sea salt is that there are trace elements that are good for you that are not destroyed because of the minimal processing.  You also have choices of different types and grinds of sea salt.  My favorite is the Himalayan pink salt.

As you can see, there is a huge argument for using sea salt over using regular table salt.  The flavor is very different as well.  Iodized salt has a metallic taste where sea salt has a rounder, heartier flavor.  You still need to watch your salt intake as both sea salt and table salt have the same sodium content.  Here’s one last benefit for you about sea salt.  Because it’s not as fine, one teaspoon of sea salt actually contains less salt than a teaspoon of the finely ground table salt.  Give Himalayan pink salt a try and let me know what you think.

More from my site

Claim Your
FREE list of 60+ sneaky and deceptive names of SUGAR!

Want to Turn any Tap Water into the Best Water? 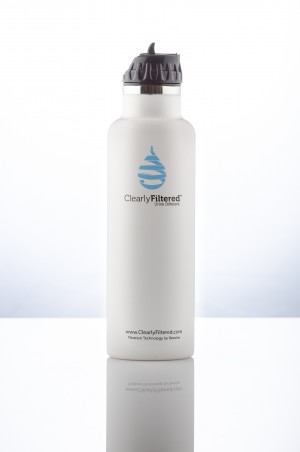 Looking for a great source of protein?

Some of My Favs!